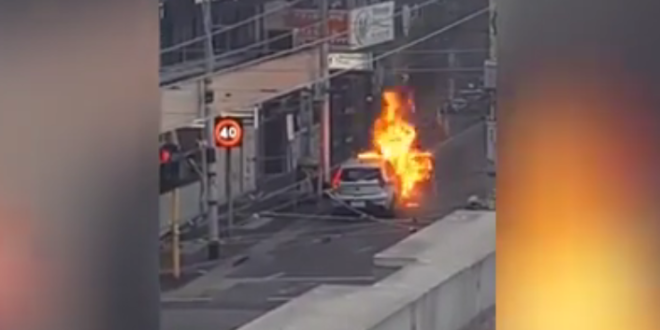 Australian Man Sets Himself On Fire In Anti-Vax Protest

A man set himself on fire in a car in an apparent anti-vaccine protest on a busy street in Melbourne. Video showed a silver hatchback fully in flames near Church Street in the suburb of Richmond at around 8pm on New Year’s Day, while diners at nearby restaurants reported hearing “screams.”

Lydia O’Connor told The Herald Sun she was having dinner at a nearby restaurant when she heard the man screaming. “He poured gas on himself and on his car. It was on purpose,” Ms O’Connor said. “He was screaming about mandates. He was screaming ‘no vax ID’ and throwing books.”

The man is reportedly in critical condition.

A man in Melbourne has set himself on fire in an apparent protest against vaccine mandates. https://t.co/gD4XJUlAkR