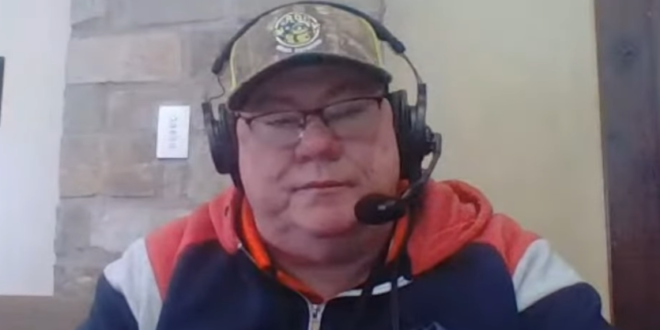 Anti-Vax QAnon Podcaster Dies Of Something

First, a reminder from ten days ago:

A podcaster who opposed the COVID-19 vaccine contracted the disease and was on a ventilator Saturday after he attended the right-wing “ReAwaken America” event in Dallas early this month, according to conspiracy theorist attorney Lin Wood.

Podcast network Frog News said on the social media site Telegram that Doug Kuzma’s last communication with them included a photo of him posing with ivermectin.

As of Saturday, Kuzma was “sedated and on a ventilator.” He was “not conscious,” noted a Frog News message. “Doug needs heavy, heavy prayers.”

And here’s the inevitable update as reported by leading QAnon nutbag Lin Wood. The organizers of the event where at least several others got COVID are continuing to claim that the illnesses are the result of a biological weapon.

Doug Kuzma, along with Mike Penny, formed “the Froginites”, a podcast which took Q-crazy to new levels.
He died on Jan 3rd of Covid after denying it exists and spreading misinformation about vaccines to all his followers.https://t.co/yZWHQGdw7l pic.twitter.com/wWpN5eiII9

One of the alleged “Anthrax” victims from the Dallas ReAwaken America tour – Doug Kuzma, has died. Of Covid. pic.twitter.com/Trizn11Dld