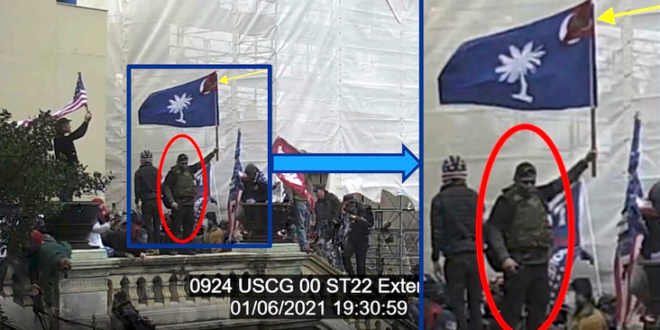 Federal authorities on Thursday unsealed a criminal case against a defendant accused of playing a role in the Jan. 6, 2021 siege on the U.S. Capitol Complex — exactly one year to the day after the fateful event. James Wayne Brooks of Knoxville, Tenn., is accused of four counts.

On June 27, 2021, he posted a picture of a hat which read, “I could shit a better president.” He also posted a statement suggesting Nancy Pelosi could face “the death penalty.”

And another 1/6 case unsealed — James Wayne Brooks arrested in Tennessee yesterday. Wore a military-style vest to the insurrection with a comms radio on it. pic.twitter.com/vGyL1nx93V