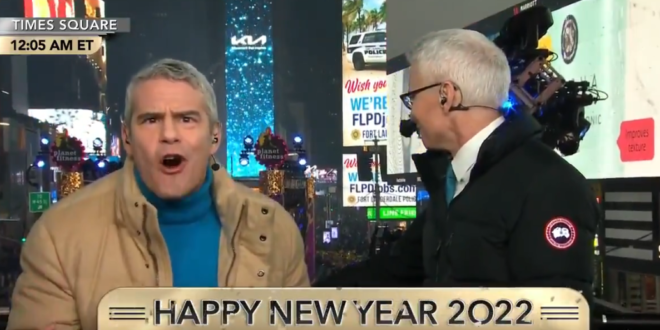 “Just watching Mayor De Blasio doing his ‘victory lap’ dance after four years of the crappiest job as the mayor of New York! The only thing that Democrats and Republicans can agree on is what a horrible mayor he has been, so sayonara sucker! 2022! It’s a new year, and guess what? I have a feeling that I am going to be standing right here next year, and you know what I’m not going to be looking at? Dancing as the city comes apart!” – Andy Cohen, during CNN’s broadcast from Times Square.

good god this man is full of rage pic.twitter.com/SaNgNgwLY5

Andy Cohen drunkenly starting the year by smoking that Bill de Blasio pack is one of the funniest things I’ve seen on TV 💀😭 #CNNNYE pic.twitter.com/hpuNDt0BpS