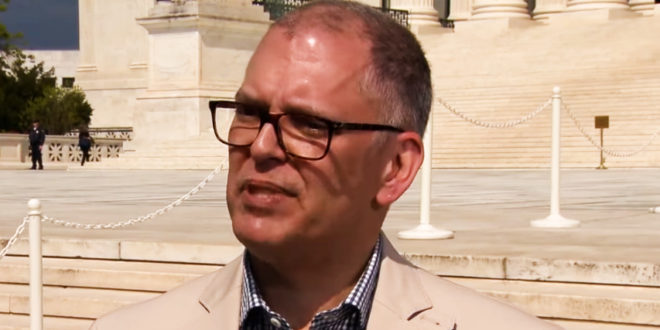 Jim Obergefell, who was at the center of the 2015 Supreme Court case that legalized marriage equality in the United States, announced Tuesday that he is running for a seat in the Ohio House of Representatives.

“We should all be able to participate fully in society and the economy, living in strong communities with great public schools, access to quality healthcare, and with well-paying jobs that allow us to stay in the community we love, with the family we care about,” Obergefell said in a statement.

Obergefell, 55, was not involved in politics before the Supreme Court case. In 2015, a Washington Post profile described him as “a soft-spoken real estate broker with little previous interest in political activism.”

Obergefell, the lead plaintiff in the 2015 Supreme Court case that legalized marriage equality, is running for a seat in the Ohio House. https://t.co/GVYTJTX6qH