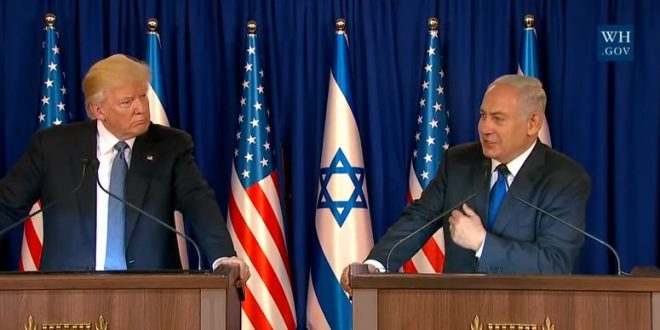 In comments released Friday, Trump said Netanyahu’s congratulatory message to Biden came too quickly after the election results were announced, results he continues to contest to this day. “Nobody did more for Bibi. And I liked Bibi. I still like Bibi,” Trump said. He was “the man that I did more for than any other person I dealt with.”

“But I also like loyalty. The first person to congratulate Biden was Bibi. And not only did he congratulate him, he did it on tape. And it was on tape. He was very early. Like earlier than most. I haven’t spoken to him since. Fuck him,” Trump said in an interview with Israeli journalist Barak Ravid.

Read the full article. Netanyahu was actually among the last major world leaders to congratulate Biden.

‘F*ck him’: In new interview, Trump rages at Netanyahu for congratulating Biden https://t.co/bt6akc2Sak