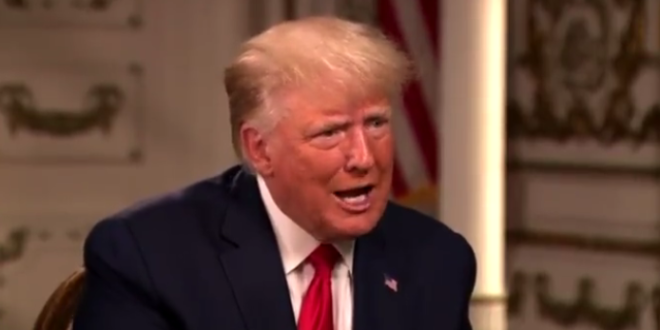 Did former President Donald Trump cop to obstructing justice? To closely quote the 45th president, that’s what many people are saying. Trump sat for an interview with Fox News weekend host Mark Levin.

“Don’t forget, I fired Comey, had I not fired Comey you might not be talking about the beautiful book,” Trump said, suggesting that, had he not replaced the then-FBI Director James Comey with Christopher Wray, an investigation may have ended his four years in the White House.

Of course, if he had fired Comey to obstruct an investigation by the Department of Justice, it would be the very definition be obstruction of justice.

WATCH: Trump Brags to Mark Levin He Stayed in Office Four Years Only Because He Fired James Comey https://t.co/3wcC8UmR4Y

Greetings to the esteemed US Attorney at @USAO_DC! I hope your new job is going well, despite the multiple challenges you’re no doubt facing. Here’s a present for you in the Obstruction case against trump. Hope you indict him or explain the declination! xoxo – @allisongill https://t.co/mdMKlzEaku

Trump admits to obstruction of justice in Fox News interviewhttps://t.co/6X0ZMg7oZC