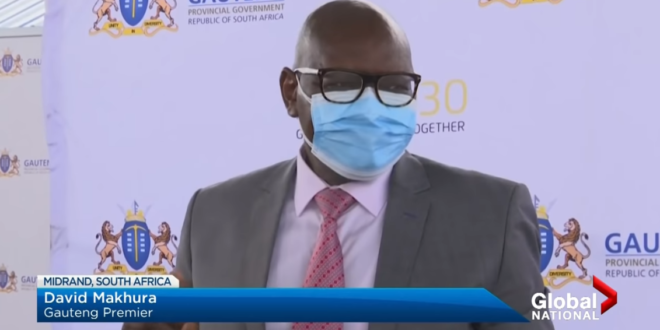 South Africa’s new daily coronavirus cases have almost tripled in three days, according to new figures released Thursday, raising alarms over the possible spread of the new omicron variant recently detected by the country’s scientists. New daily confirmed cases rose to 11,535 on Thursday from 8,561 on Wednesday and 4,373 the previous day, according to official statistics.

The cases represent a 22.4 percent positivity rate of people tested for the virus, up from 16.5 percent on Wednesday, a massive jump from a 1 percent positivity rate in early November, the National Institute for Communicable Diseases said. The majority of new infections were in the populous Gauteng province around the greater Johannesburg metropolitan area, with 8,280 cases, the NICD said.