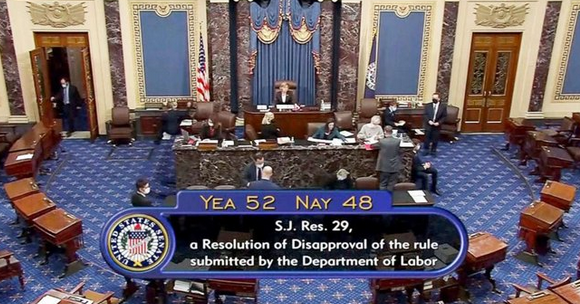 Biden announced in September that OSHA would require large companies to ensure all their employees were fully vaccinated by January 4 or have them tested on a weekly basis and masked in the workplace.

Wednesday’s vote is all but certain to fail in actually reversing the policy, however, as the measure lacked veto-proof support and is unlikely to pass in the House at all.

BREAKING: U.S. Senate votes 52-48 to pass a resolution to repeal President Biden’s vaccine mandate for private employers. The bill moves to the House, where it faces an uphill battle. https://t.co/uIjSMCNc4M