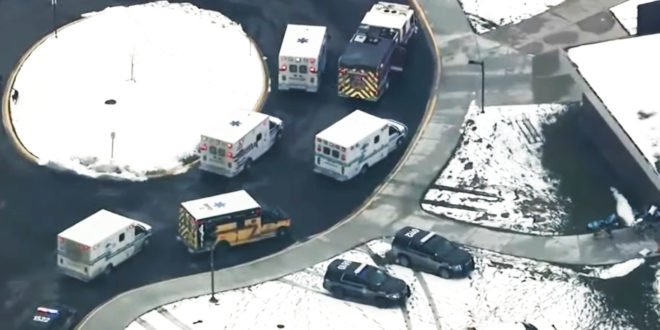 The handgun authorities believe a 15-year-old Michigan high school student used Tuesday to kill three classmates and seriously wound eight other people was purchased by the suspect’s father days ago, the sheriff said.

Three students were killed, and seven other students and a teacher were shot in the rampage at Oxford High School in a community north of Detroit around 1 p.m. Tuesday, the Oakland County Sheriff’s Office said. Three of the wounded students were in critical condition Tuesday night, officials said.

Investigators believe the 15-year-old, who was not identified because of his age, used a 9mm Sig Sauer handgun that his father bought on Friday, Bouchard said. The three people killed were identified by the sheriff’s office as Tate Myre, 16; Hana St. Juliana, 14; and Madisyn Baldwin, 17.

“The person that’s got the most insight of the motive is not talking,” the sheriff said, calling the violence an “unspeakable and unforgivable event.”

The shooter’s motive is still unknown, nor do we know why his father recently bought the gun. https://t.co/GE2JaDkBru

The gun that was used to kill three students was bought on Black Friday https://t.co/Mu8vQYLbPF