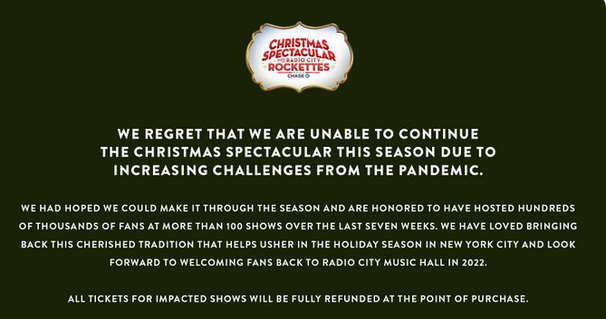 Just one week before Christmas, the remainder of New York’s iconic Radio City Rockettes season was called off, as the city and state continue to deal with a surge of new Covid-19 cases.

After canceling Friday shows of “Christmas Spectacular” due to breakthrough cases, the Rockettes announced later in the day the premature end of the season “due to increasing challenges from the pandemic.”

The Rockettes had returned to the stage in November after the 2020 season was canceled because of the pandemic.