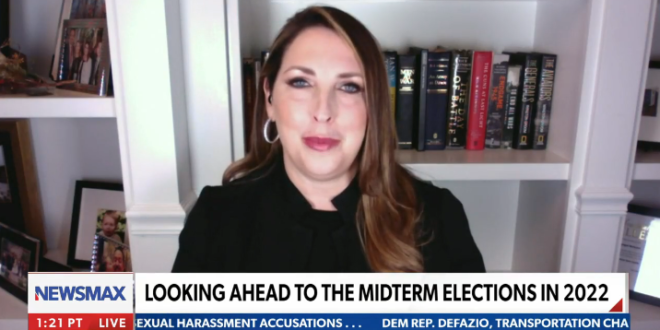 “So maybe Ron DeSantis, you know, is a better governor than Newsom. But she’s looking for houses in Florida.”

McDaniel was referencing a fake story that rocketed around conservative social media last month. The claim appeared to be the handiwork of conservative Twitter personality John Cardillo, who said “local sources” told him Pelosi bought a mansion in Jupiter Island.

My first report on this lie is here. Newsmax host Eric Bolling even inflated the cost of the mythical mansion from $25 million to $30 million. The video is here.