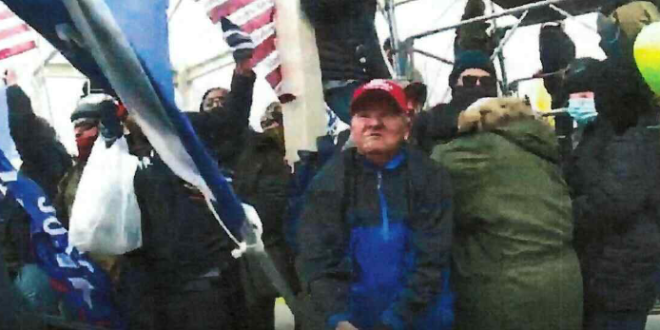 Rioter Charged With Assault After Feds Find His Diary

A 71-year-old Pennsylvania man has been charged by the Department of Justice with assaulting police officers during the January 6 insurrection at the U.S. Capitol. Like many other MAGA rioters that day, Howard Charles Richardson of King Prussia was captured on video as part of the crowd fighting with law enforcement.

But Richardson was also betrayed by an unusual witness, according to the Feds: His own diary. Agents found a day planner that Richardson acknowledged was his.

Read the full article. According to the charging documents, Richardson repeatedly beat an officer with his flagpole until it broke in his hands.

FBI arrests MAGA rioter who attacked cops with flagpole and wrote about it in his diary https://t.co/Huw9JGcOG6