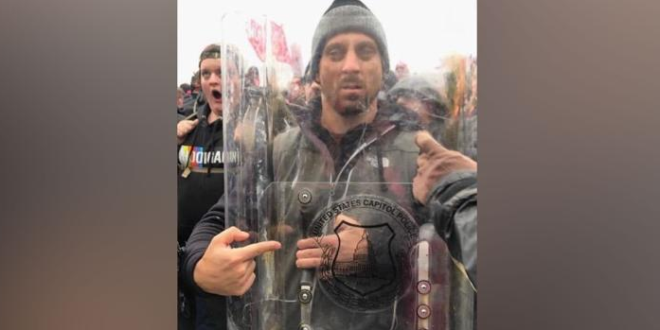 Thomas Sibick of Buffalo, New York was charged with assaulting a police officer and robbery, among other charges in connection to the January 6 insurrection. A judge previously released him from jail to await his trial in home confinement with his parents, specifying that he cannot use social media.

On Christmas, Sibick’s attorney filed a motion asking the judge to let him use some websites to search for a job and try to “interact with members of the opposite gender for the purpose of establishing a friendship,” according to court documents reviewed by Insider.

Sibick is also conducting a money beg on the Christian crowdfunding site GiveSendGo, where he has so far raised $1821 out of his stated goal of $150,000.

A Capitol rioter who was banned from using social media apps asked a judge to let him use websites to job search and ‘interact’ with the ‘opposite gender’ https://t.co/GouUIsusHN