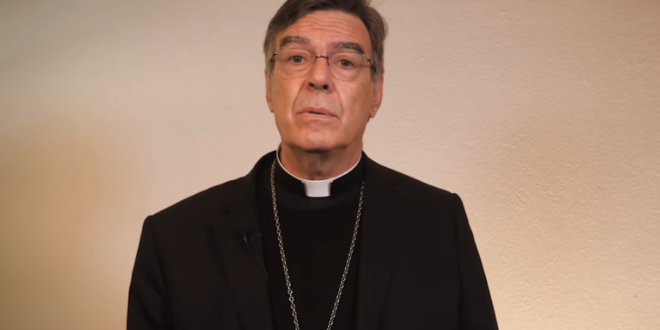 Pope Francis said Monday he accepted the resignation of the archbishop of Paris because the monsignor could no longer govern effectively thanks to the “gossip” about his relationship with a woman a decade ago.

Francis was asked en route home from Greece about the surprise decision, which came only days after Archbishop Michel Aupetit put his fate in Francis’ hands following French media reports about what he said was an “ambiguous” relationship with a woman.

French media reports also cited governance problems as a possible reason underlying Francis’ decision. Responding to a question from a French reporter, Francis said there had been some “lapses” with Aupetit involving sexual sins.

Aupetit last appeared on JMG in 2018 when he fired a notoriously anti-gay priest for allegedly having sex with men during their “conversion therapy” sessions.