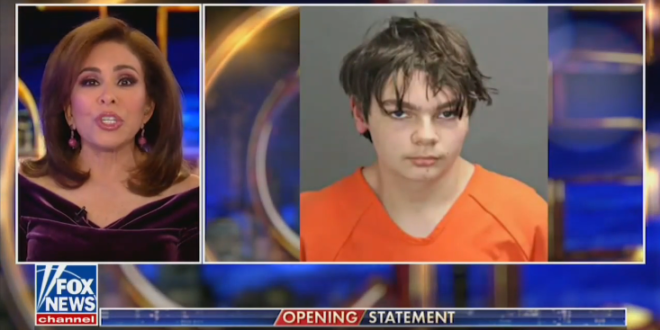 “Then, there is Oxford, Michigan, with Ethan Crumbley, who shot and killed 4 students and injured 7 others including a teacher for no reason, because liberal school personnel should’ve known Crumbley had a gun, or at least, had access to one, but never bothered to ask. The very reason they told his parents to come to class instead of suspending him immediately, and then they let him go right back into class.” – Jeanine Pirro, last night.