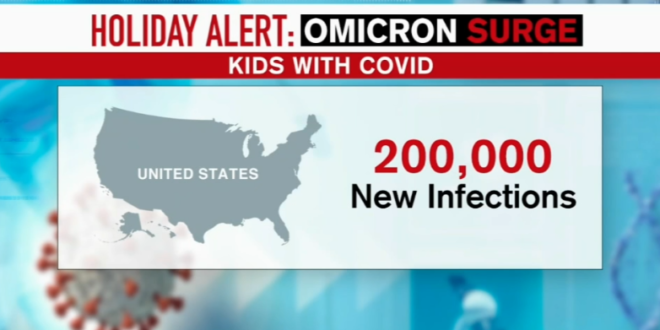 Pediatric COVID Hospitalizations Up 400% In NYC

New York State reported a “striking increase” in new hospital admissions for children as pediatric COVID-19 cases and hospitalizations in the U.S. continue to rise week after week.

The New York State Department of Health said the recent fourfold increase in admissions that began the week of December 5 is concentrated in New York City and the surrounding area, where the highly contagious omicron variant was spreading rapidly.

The state’s trend is having a particularly disturbing impact on unvaccinated children — even as the state touts a high vaccination rate among adults. Of the 5- to 11-year-old children admitted to New York City hospitals with COVID from the week of December 5 until the current week, none were fully vaccinated.