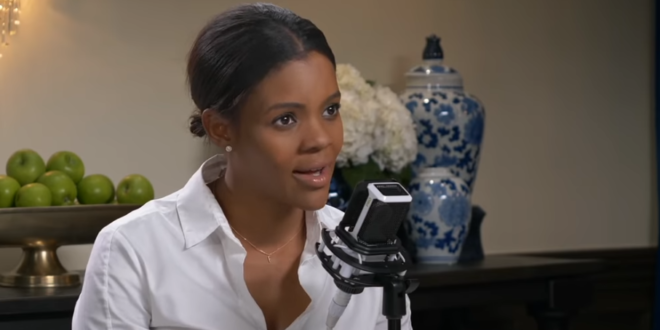 Owens: Trump’s Too Old To Understand The Vax Is Bad

In a video Candace Owens posted on social media, she explained that Trump was an “old” person who came from a generation where people believed the advice of medical professionals.

“People oftentimes forget that, like, how old Trump is,” she said. “He comes from a generation — I’ve seen a lot of people who are older, have the exact same perspective, like, they came from a time before TV, before internet, before being able to conduct independent research. And everything they read to them that was in a newspaper that was pitched to them, they believed that that was a reality.”

Candace Owens is doing damage control after “so many donors and supporters” are upset over Trump’s vaccine comments. She says he is old, isn’t tech savvy, doesn’t keep up with or read obscure internet conspiracies, and only follows the main stream media so doesn’t have the facts. pic.twitter.com/XAuTFfellE