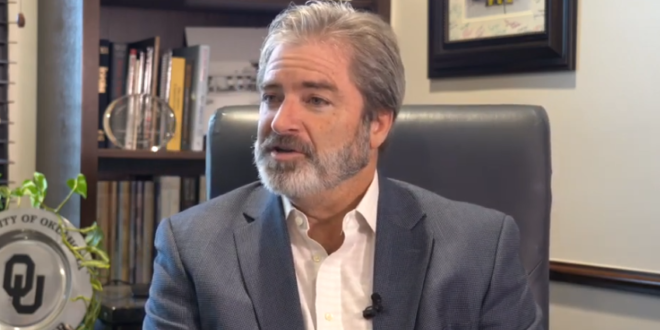 An Oklahoma lawmaker has introduced a bill that would give any parent the power to ban books in school districts. The legislation also empowers parents to collect at least $10,000 for each day a book is not removed. State Sen. Rob Standridge (R) introduced Senate Bill 1142, which would allow parents to request that a book be removed from libraries in a school district.

From the bill’s text:

No public school district, public charter school, or public school library shall maintain in its inventory or promote books that make as their primary subject the study of sex, sexual preferences, sexual activity, sexual perversion, sex-based classifications,sexual identity, or gender identity or books that are of a sexual nature that a reasonable parent or legal guardian would want to know of or approve of prior to their child being exposed to it.

Standridge first appeared on JMG in April 2021 when he authored a bill which legalized running over protesters if they block Oklahoma streets. His bill was signed into law by Gov. Kevin Stitt.

As you can see below, Standridge has appeared on hate group leader Tony Perkins’ daily show to talk about his bill to ban vaccine mandates.

Oklahoma bill would allow any parent to ban book and collect $10,000 per day if it’s not removed from schoolhttps://t.co/PoRRbQP4X0