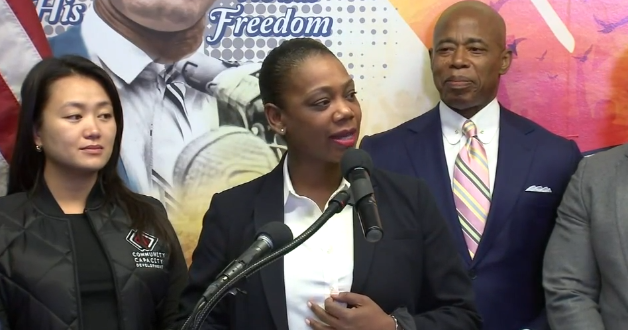 Mayor-elect Eric Adams has selected a Long Island police chief to become the first female commissioner of the NYPD — opting for a backyard pick after an extensive national search for his first top cop, four sources told the Daily News late Tuesday.

Keechant Sewell, the chief of detectives for the Nassau County Police Department, was picked for the top NYPD post after doing a “fantastic” job in interviews with Adams and his team, said a police source familiar with the matter.

Mayor-elect Eric Adams had long said the next police commissioner would be a woman, but Sewell was a surprise choice.

“This is the personification of emotional intelligence,” Adams said of Sewell. “Commissioner Sewell’s appointment is a powerful message to girls and young women across the city – there is no ceiling to your ambition.”

She beat out other candidates with more experience leading large departments like Philadelphia and Seattle. Sewel promised to break down barriers between the community and police and said, “policing is about people.”