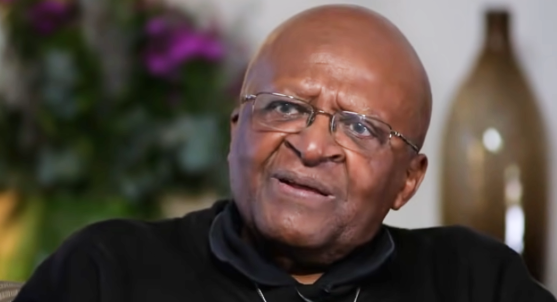 Desmond M. Tutu, the cleric who used his pulpit and spirited oratory to help bring down apartheid in South Africa and then became the leading advocate of peaceful reconciliation under Black majority rule, died on Sunday in Cape Town.

He was 90. The cause of death was cancer, the Desmond and Leah Tutu Legacy Foundation said, adding that Archbishop Tutu had died in a care facility.

His voice was a powerful force for nonviolence in the anti-apartheid movement, earning him a Nobel Peace Prize in 1984.

Tutu pressed for equal access for LGBTQ+ people, participating in the United Nations Free and Equal campaign, the international body’s global campaign against homophobia and transphobia, in a recorded video said; “I have to tell you, I cannot keep quiet when people are penalised for something about which they can do nothing.”

“I would refuse to go to a homophobic heaven. No, I would say sorry, I mean I would much rather go to the other place,” Tutu said at the launch of the Free and Equal campaign. “I would not worship a God who is homophobic and that is how deeply I feel about this,” the Archbishop added.