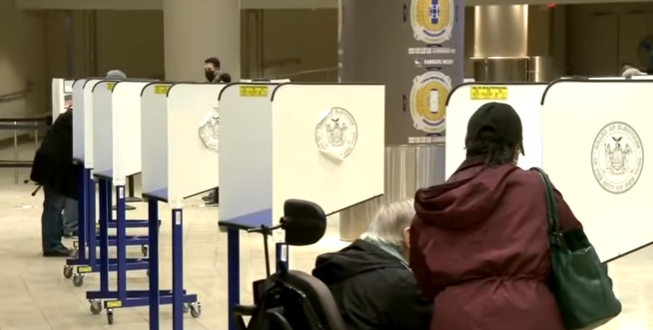 The city council here on Thursday approved a measure that will allow immigrants who are not U.S. citizens to vote for mayor and other key municipal positions, a historic move that is igniting threats of legal challenges from Republicans and hopes from Democrats that other cities will follow suit.

The council voted 33 to 14 with two abstentions and the measure immediately grants noncitizens significant leverage over a broad array of elective offices, including the mayor, city council, comptroller, the public advocate and the leaders of the city’s five boroughs who oversee issues such as zoning.

BREAKING: The @NYCCouncil just passed the historic #OurCityOurVote legislation granting eligible lawful permanent residents in New York City the right to vote in municipal elections, paving the way to make New York City the largest city in the country to do so.

Breaking: City Council just passed a bill that would allow noncitizens to vote in city elections starting in 2023.

Who is eligible? Lawful permanent residents of NYC, including green card holders, and people authorized to work in the U.S. who reside in NYC.

#HISTORIC: #Intro1867 has PASSED the @NYCCouncil!

Nearly 1 million immigrant New Yorkers will be able to vote in local elections!