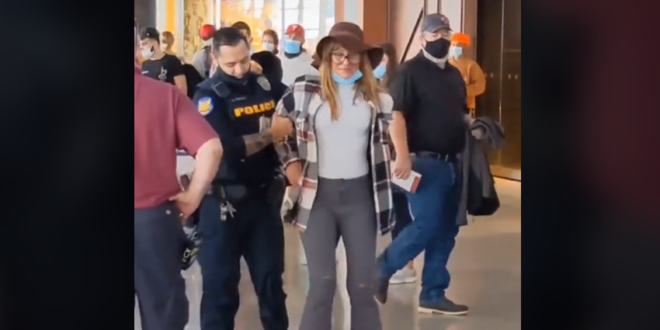 A woman late for her flight was arrested for trespassing at Phoenix Sky Harbor Airport on Sunday, authorities said. Vickie Myers, 53, from St. Louis was booked into the Maricopa County Jail for running out onto the tarmac to stop a plane from leaving, the Phoenix Police Department said.

The woman said she was late for her flight and tried to have the plane stopped so she wouldn’t miss her flight, police said. Officials said the doors to the jetway were already secured when the woman pushed the doors open and ran through. The woman then ran down a flight of stairs towards the nose of the plane before she was contacted by employees.

Video of the incident has gone viral on TikTok.

@anthonyk892Karen missed her flight, decided to walk out emergency exit onto tarmac. Gets felony trespassing.