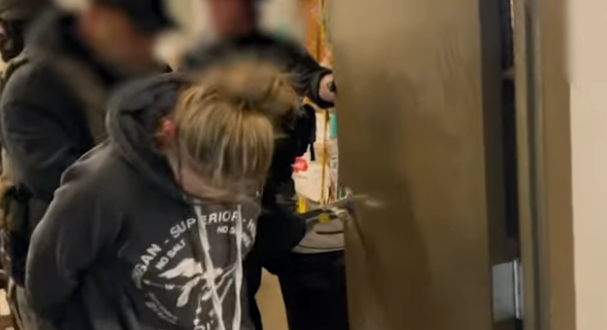 The parents of a 15-year-old boy accused of fatally shooting four classmates at a Michigan high school were ordered held Saturday on $500,000 bond each, hours after they were found hiding in a commercial building in Detroit and taken into custody.

The couple pleaded not guilty to all charges. Jennifer Crumbley was fighting back tears when asked by the judge if she understood that she faces the charges.

Jennifer and James Crumbley were located after a tip from the local community and were taken into custody unarmed and “without incident,” Detroit Police Chief James White said. The arrests concluded an extensive search for the pair involving police dogs, local law enforcement and the U.S. Marshals Service.

Read the full article. At this morning’s virtual arraignment hearing (video below), lawyers for the couple continued to laughably claim that the couple had always planned to turn themselves in.

Police have arrested James and Jennifer Crumbley, the parents of 15-year-old Ethan Crumbley, who is accused of killing four students and injuring 7 others at Oxford High School on Tuesday.

The Crumbleys withdrew $4,000 from an ATM and were hiding in a warehouse in Detroit. https://t.co/XJplGQW1ZR