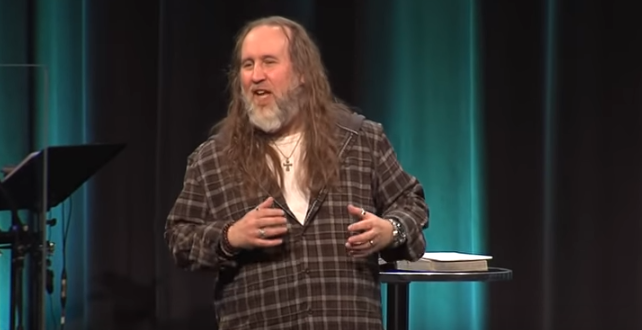 One of the country’s most recognizable pastors was placed on leave pending the outcome of an external investigation led by the church he helped mould.

Bruxy Cavey, the teaching pastor at The Meeting House, was accused of sexual misconduct by a woman who brought her allegations to a board of directors.

On The Meeting House website, Cavey expands on his views of same-sex marriage, telling his followers that the church “holds to a traditional view of marriage as designed by God to unite a man and a woman in a covenant union of love.”

Cavey is the author of the 2007 book The End of Religion: Encountering the Subversive Spirituality of Jesus and the 2017 book Reunion: The Good News of Jesus for Seekers, Saints, and Sinners, which has a forward written by progressive Christian activist Shane Clairborne.

A prominent Canadian pastor has been placed on leave following allegations of sexual misconduct.

Bruxy Cavey is the teaching pastor at The Meeting House church. https://t.co/6bHLj6Tz2U