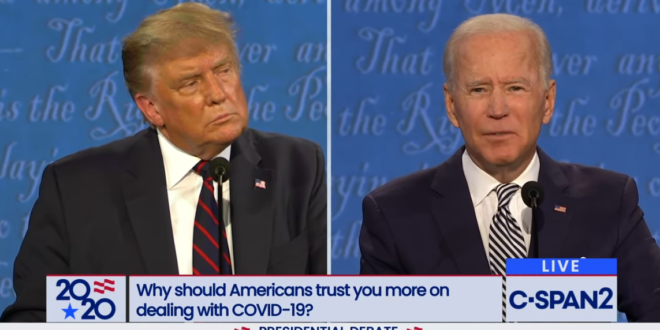 Donald Trump tested positive for Covid-19 three days before his first debate against Joe Biden, the former president’s fourth and last chief of staff has revealed in a new book. Mark Meadows also writes that though he knew each candidate was required “to test negative for the virus within seventy two hours of the start time … Nothing was going to stop [Trump] from going out there”.

Trump, Meadows says in the book, returned a negative result from a different test shortly after the positive. Nonetheless, the stunning revelation of an unreported positive test follows a year of speculation about whether Trump, then 74 years old, had the potentially deadly virus when he faced Biden, 77, in Cleveland on 29 September – and what danger that might have presented. Trump announced he had Covid on 2 October.

Bombshell: Trump tested positive for #COVID19 three days before stepping onto the debate stage with Biden, says his former chief of staff. https://t.co/fC5nhxaFPF

That’s the extraordinary claim in Mark Meadows’ new book, which has been obtained by The Guardian https://t.co/NSdQWi2J5n