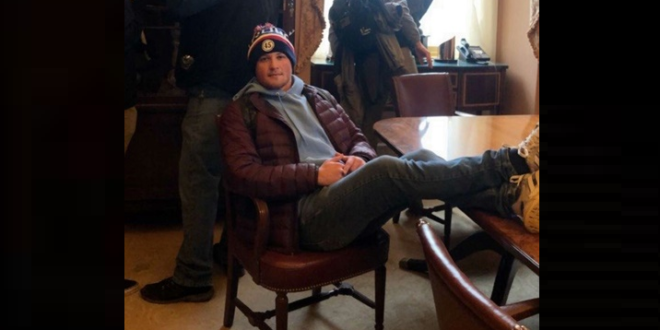 Man Who Stole Pelosi’s Beer During Riot Gets 20 Days

An Oklahoma man who swiped a beer from Nancy Pelosi’s office refrigerator while inside the U.S. Capitol building on Jan. 6 has been sentenced to intermittent incarceration and two years of probation.

Andrew Ericson, 24, posted two pictures of himself inside the Capitol to Snapchat, according to prosecutors, including a picture of him seated in a chair with his feet on a conference table.

Andrew Ericson of Muskogee, has been arrested after taking Snapchat’s of himself inside the United States Capitol during the insurrection that left 5 people dead.