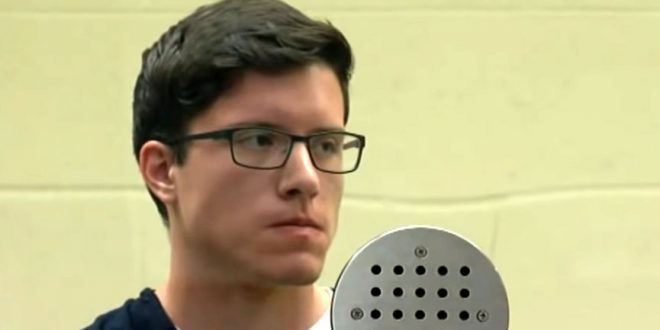 Man Gets Life Plus 30 Years In CA Synagogue Shooting

John T. Earnest, a Rancho Penasquitos man who entered the Chabad of Poway on April 27, 2019, opened fire and killed one woman, injured three others, and attempted to kill 50 others, was sentenced in federal court today to life plus 30 years in prison for his crimes.

Earnest also admitted that on March 24, 2019, he attempted to burn down the Dar-ul-Arqam mosque in Escondido, California, because of his hatred of Muslims and the religious character of the building. Seven missionaries were asleep in the mosque, but no one was injured.

According to court documents, after several weeks of planning, on the morning of April 27, 2019, Earnest drove to the Chabad of Poway synagogue, where members of the congregation were gathered for religious worship.

Earnest entered the building armed with a Smith and Wesson M&P 15 assault rifle that was fully loaded with a 10-round magazine. He wore a chest rig which contained five additional magazines, each loaded with ten rounds of ammunition.

Earnest opened fire, killing Lori Gilbert-Kaye and injuring three other members of the congregation, including a then eight-year-old child. After Earnest emptied his initial magazine, several congregants rushed at Earnest.

Earnest fled in his car and, shortly after, called 911 and confessed that he had “just shot up a synagogue.” Earnest was apprehended by local law enforcement who found the rifle and additional ammunition in his car.

Investigators found a manifesto written by Earnest and posted on the Internet shortly before the attack. In the manifesto, Earnest made many anti-Semitic and anti-Muslim statements, including “I can only kill so many Jews” and “I only wish I killed more.”

John T. Earnest was sentenced Tuesday to life in federal prison for killing a woman and injuring three others when he burst into a Southern California synagogue in 2019. https://t.co/xG21ZZL7A0