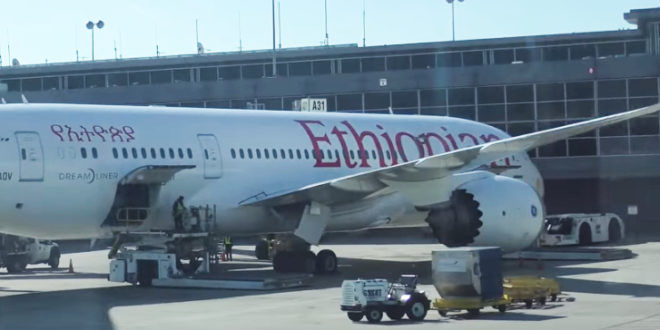 A passenger on a flight from Dublin Airport to the US was allegedly involved in an ‘air rage’ incident last week. The man was travelling on an Ethiopian Airlines flight from Ireland to Dulles International Airport in Washington DC on December 2.

As the plane began descending towards the US airport, the man is said to have approached the flight cabin supervisor and asked for white and red wine. However, his request was refused as the flight attendant informed him that the aircraft was about to land and he should return to his seat.

He then allegedly grabbed the supervisor’s wrists as her hands covered her face and “pushed her against the cabin entry door”.