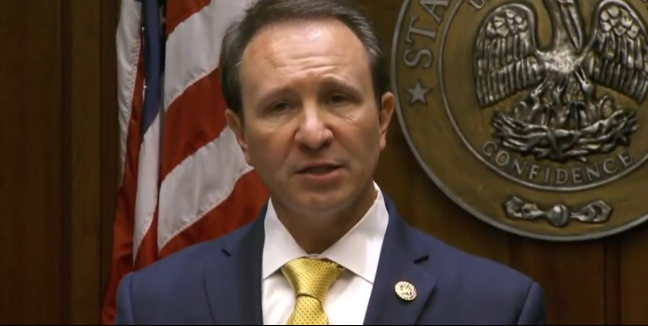 Attorney General Jeff Landry and a Republican state lawmaker filed a lawsuit Wednesday seeking to block Gov. John Bel Edwards from adding the COVID-19 vaccines to the list of shots students are required to receive to attend schools and universities.

The lawsuit argues that the rule making statutes that gave the Democratic governor the power to override legislative opposition violates the state constitution. Those statutes — part of the state’s Administrative Procedures Act — have been on the books for decades.

Read the full article. Landry last appeared on JMG when he advised parents on how to evade mask requirements in public schools. Before that, he appeared here when punished New Orleans’ NFL team over their vaccine mandate by delaying state funding for the upkeep of their stadium.