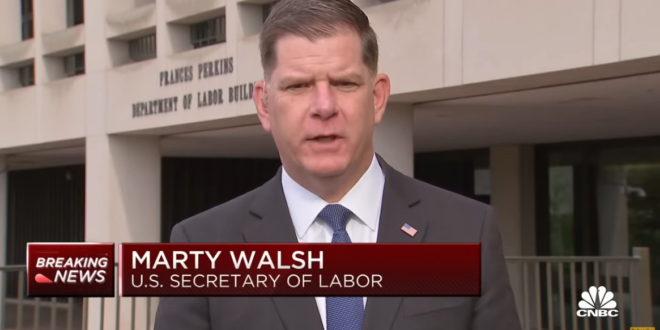 Consumer prices rose by 6.8 percent in November over the previous year, the highest annual inflation rate since June 1982, according to the latest Consumer Price Index data from the Bureau of Labor Statistics, released Friday.

The figure exceeds the 6.2 percent year-over-year figure from October. Volatile energy prices, supply chain snarls, high consumer demand, and loose monetary policy are all contributing to the run-up in prices.

After stripping out food an fuel, which can move around a lot from month to month, inflation climbed by 4.9 percent.

Prices were up 0.8 percent from October, according to the report. That’s slightly slower than the prior monthly increase, but still an unusually rapid pace.

The question is what happens next. Fed officials have become increasingly concerned about price increases — both because the uptick has lasted longer than expected and because it shows signs of broadening to areas less affected by the pandemic.

NYT: “The risk that price increases could become more lasting is increasing.” https://t.co/q8Ikrk0IRp