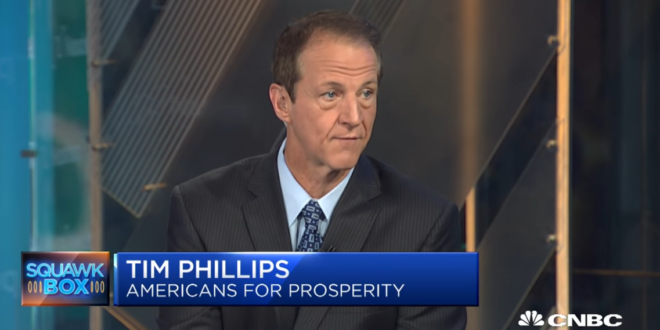 Koch Leader Was Forced Out Over Alleged Adultery

The libertarian political advocacy group Americans for Prosperity, which is backed by billionaire industrialist Charles Koch, has been rocked by an alleged extramarital affair involving a departing leader, as well as an exodus of key donors. CNBC also has learned that Americans for Prosperity, which has over three million volunteers spread across 35 states, recently quietly settled a lawsuit alleging gender discrimination and retaliation in the group’s North Carolina branch.

Phillips is said to have had what’s described as an extramarital affair with a Virginia-based Republican official, according to multiple people familiar with the matter. The group would not confirm or deny to CNBC what it had uncovered during the probe of Phillips. Instead, it provided the same statements they did to the Washington Examiner, who first reported Phillips was quitting.

SCOOP: The Koch network has seen a wave of scandals including an alleged affair between their former president and a Virginia GOP official, and a workplace discrimination lawsuit that they recently settled with a former employee https://t.co/ZPrdclsPrD w/ @_DanMangan