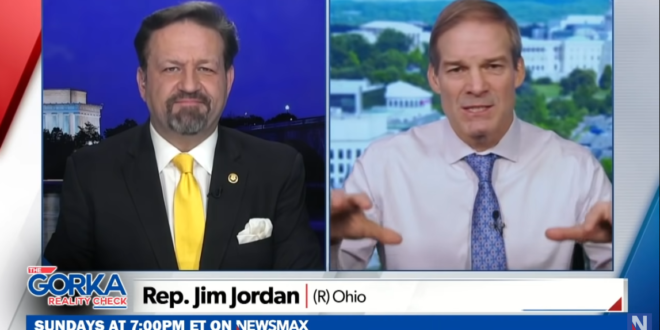 “Every third generation in this country has had to do something big. You think about the Founders and what they did when they declared why we’re going to be an independent country, what they had to overcome, the greatest military in the world. They did it.

“Here we are three generations later and the assault is from the radical left. We have to step forward and do our part like previous generations of Americans have done. I think we’re up to the task.” – Rep. Jim Jordan, speaking Sebastian Gorka’s Newsmax show.

Jim Jordan says liberals must be defeated like the ‘evils’ of Nazy German and slavery. pic.twitter.com/14zvzSaxTd