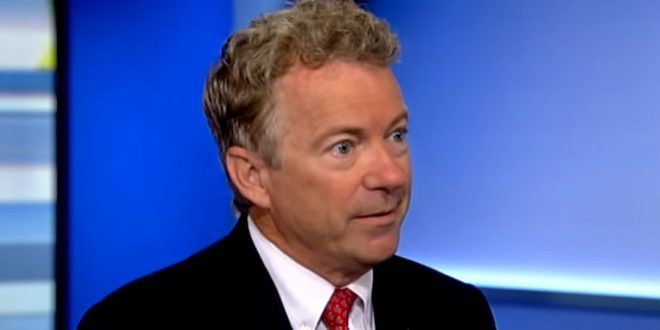 Senator Rand Paul of Kentucky dashed off a letter to President Joe Biden today pleading for expeditious federal relief aid to victims of a deadly 200-mile tornado that struck his state Friday.

In 2017, Paul was one of just 17 senators to oppose an emergency $15.3 billion federal relief bill for victims of Hurricane Harvey.

In 2013, Paul was one of 31 Republican senators who voted against a $50.5 billion relief aid package for Hurricane Sandy — “after previously disaster aid for their home states,” as reported by ThinkProgress.org.

Rand Paul begs Biden for federal aid to Kentucky tornado victims — after a career of voting ‘no’ when others needed the same https://t.co/kvmA5TOmhB