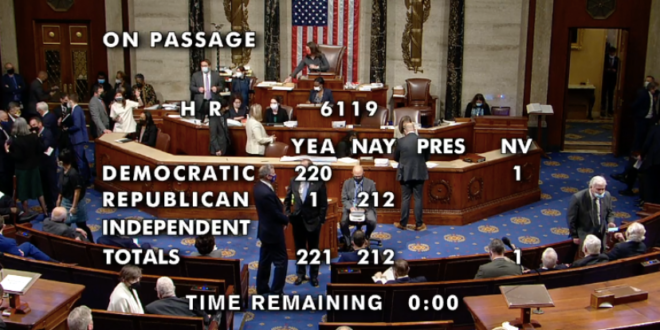 The House passed a short-term government funding bill that would prevent a shutdown before the Friday night deadline, sending the legislation to the Senate, where it faces an uncertain future.

The House voted 221-212 to advance the continuing resolution. If it is approved by the Senate and signed by President Joe Biden, it will keep large parts of the government funded until Feb. 18.

One Republican, Rep. Adam Kinzinger, of Illinois, joined all of the Democrats to pass the legislation. The Senate is likely to vote on the bill Thursday evening, according to Senate Majority Leader Chuck Schumer, D-N.Y.

Goes now to the U.S. Senate.

House votes 221-212 to send the Senate a bill that would fund the government through Feb. 18 and provide $7 billion in emergency aid for Afghan evacuees.

Senate needs to vote and Biden needs to sign before Friday midnight deadline to avoid a funding lapse. pic.twitter.com/jezPGmqJnl