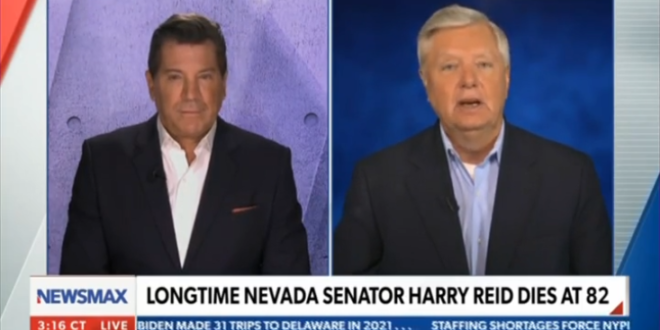 “He was a partisan guy. He changed the rules of the Senate for judges. I think that set in motion Trump getting three Supreme Court picks. But I want his family and friends to know that they’re in my prayers. He was a good man. He fought hard for his causes. And he will be missed, but I’m excited about 2022. I’ve never been more excited about the future of the Republican Party then than I am right now.” – Sen. Lindsey Graham, when asked to comment on the death of Harry Reid.

In the same sentence in which he was eulogizing the late Harry Reid, Sen. Lindsey Graham added that he was excited for the midterms.

“I’ve never been more excited about the future of the Republican Party than I am right now,” the South Carolina senator added. pic.twitter.com/bpcMbAi7As

Previous BREAKING: Ghislaine Maxwell Guilty On Five Counts
Next Adams To Be Sworn In During Times Square Ball Drop