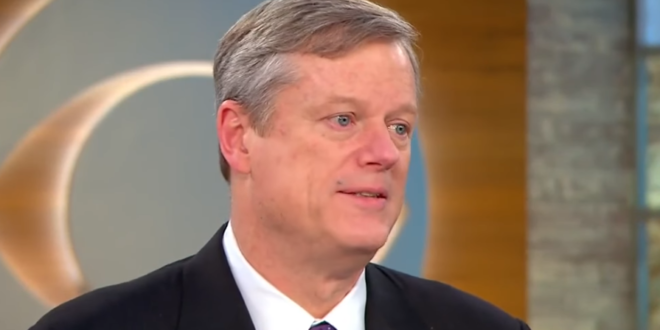 Massachusetts Governor Charlie Baker, the Republican who maintained the enduring support of his blue state constituents through boom times, the Trump presidency, and in the face of mass death during the COVID-19 pandemic, is telling allies he will not seek a third term in 2022, according to people with knowledge of the conversations.

A moderate who has kept his distance from the controversies of the national Republican Party and cast himself as a thrifty and thoughtful manager, Baker would have entered the race as its front-runner. His decision, expected to be announced Wednesday, means he will forgo a shot at history: No Massachusetts governor has served three consecutive four-year terms.

Breaking News: Gov. Charlie Baker of Massachusetts, a moderate Republican who defied Donald Trump during his two terms, said he would not seek re-election next year. He faced a Trump-backed primary challenge and a potentially difficult general election.https://t.co/kciT4EoQ3T