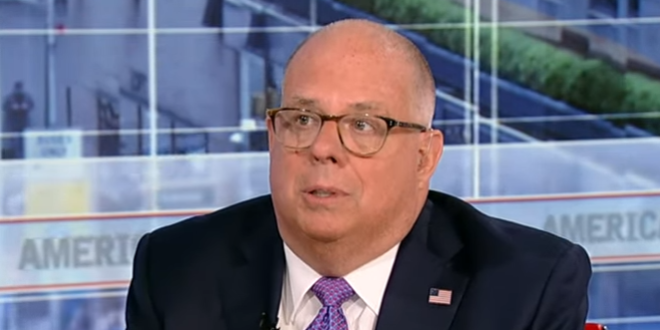 GOP Gov: Trump Run In 2024 Would Be Bad For Nation

Republican Maryland Gov. Larry Hogan said on Sunday that a reelection bid by former President Trump would be “bad” for the GOP and the nation.

“Fox News Sunday” host Bret Baier asked Hogan if he believed that the Republican Party could win in 2024 with Trump as its nominee.

“I think that’d be bad for the party and bad for President Trump and bad for the country. So I don’t think he’s gonna run and I would — my advice be that he did not,” Hogan said.

Regardless of whether you’re a Republican, Democrat or Independent, the overwhelming majority of Americans are fed up and disgusted with the toxic politics of today. It’s time for leaders to actually solve issues instead of more politics as usual.
https://t.co/6B5oGG5W4x pic.twitter.com/dmbYhHlw0j

Previous Manchin Won’t Support Build Back Better: “This Is No”
Next Former US Sen. Johnny Isakson Dies At Age 76