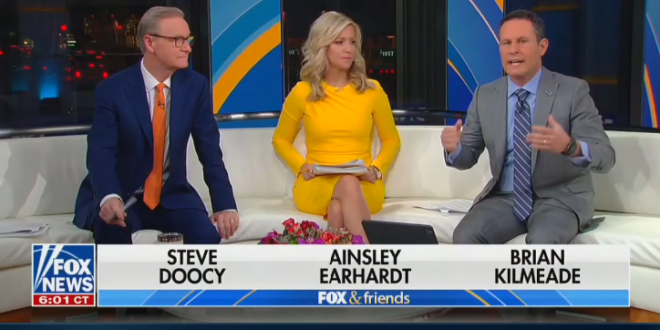 Fox News host Brian Kilmeade has suggested that an arson attack on the network’s massive Christmas tree this week should be categorized as a hate crime—and the alleged perpetrator treated accordingly.

His comments came as the Fox & Friends hosts lamented that the accused firestarter was released without bail, a move they blamed on “liberal bail reform.”

After a co-host noted that arson is only considered a bail-eligible offense if there is an attempt to harm someone or if it’s a hate crime, Kilmeade said, “Who says it’s not a hate crime against us, against Fox News?”

Brian Kilmeade on the burning of the Fox Christmas tree: “Who says it’s not a hate crime against us, against Fox News?” pic.twitter.com/DFm9qN6eXJ