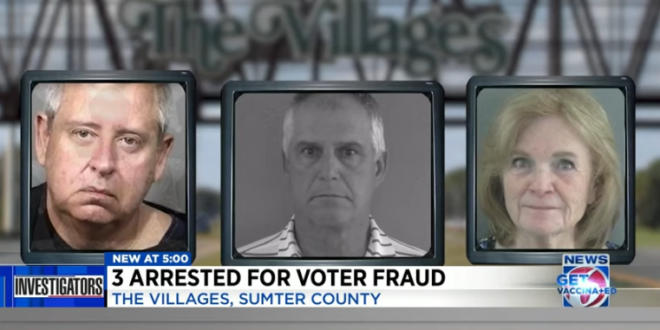 Florida Is Hunting Down Double-Voting Snowbirds

Florida election officials are hunting for snowbird voter fraud in the 2020 election, combing through records to uncover people who cast ballots in multiple states. So far three residents of the sprawling Villages retirement community have been charged with voting more than once in last year’s presidential election.

Lake County has turned over another six possible cases to state prosecutors for further investigation, and Osceola County flagged seven problematic votes. Voter fraud is rare, and the tiny number of potentially fraudulent votes out of the more than 10 million cast in Florida wouldn’t have changed the results.

Read the full article. Florida officials say that even though only handful of snowbirds have been caught so far, they want to “send a message” to everybody else.

‘We are not playing around.’ Florida election officials hunt for snowbirds and others who voted twice in 2020 election https://t.co/goUe2uuhLI pic.twitter.com/OKSayMZqES