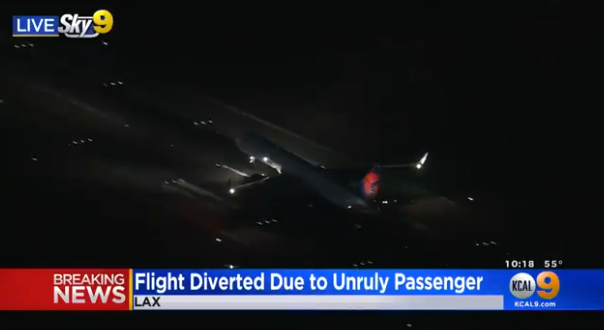 A passenger on a Delta flight from Washington D.C. to Los Angeles has been detained in Oklahoma City after assaulting an air marshal and a flight attendant.

The incident took place at about 5:40 p.m. Pacific Standard Time. According to the captain of the flight, the passenger, for unknown reasons, became combative with a flight attendant and then physically assaulted the flight attendant.

The passenger, described as a man in his 30s, then attacked the air marshal after the federal officer attempted to intervene in the situation.

#BREAKING: A flight attendant and federal air marshal were assaulted on a @Delta flight bound for @flyLAXairport. The plane landed in Oklahoma City where the passenger was arrested. The plane just landed at #LAX after the diversion. @RoadSageLA reportshttps://t.co/Qlp3mnqZEA pic.twitter.com/e10WOC5Tbb