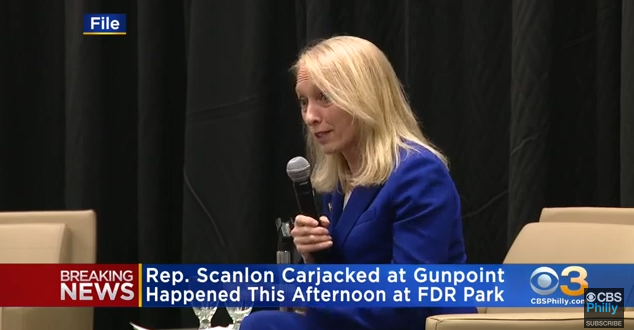 Rep. Mary Gay Scanlon, D-Pa., was carjacked at gunpoint in a park in Philadelphia on Wednesday afternoon, her spokeswoman said in a statement. Scanlon’s Acura was found at a shopping center in Newark, Delaware, around 9 p.m., and five people inside it were taken into custody, Delaware State Police said.

They were not immediately identified. The investigation is ongoing, and additional details will be released once they are available, state police said. During the robbery in Philadelphia, several personal and work items were also taken with the vehicle.

5 in custody after Rep. Mary Gay Scanlon carjacked at gunpoint in Philadelphia. https://t.co/yjni8aMGDm