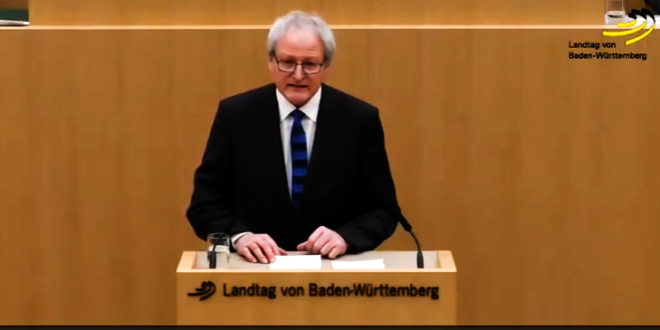 Bernd Grimmer, from the far-right Alternative for Germany party (AfD), played down the threat of the virus and refused to get vaccinated. Moderators on Mr Grimmer’s official Facebook page confirmed he had died from the virus, which has killed more than 100,000 people in Germany. They condemned what they said were insensitive remarks about his death.

In a lengthy tribute, local AfD leaders Andreas Muerter and Dirk Spaniel defended Mr Grimmer’s decision to refuse a vaccine. “There was no doubt he knew the risks. He nonetheless decided against, because freedom was more important to him,” they wrote.

He refused #COVID19 #vaccination .
He accused the media of “scaremongering”.
He opposed mandates for masks #vaccines & lockdowns.
He was a German politician from Baden-Württemberg, for the far-right AfD party.
He, Bernd Grimmer, died of #COVID19 on Sunday.https://t.co/IELNxbfio1