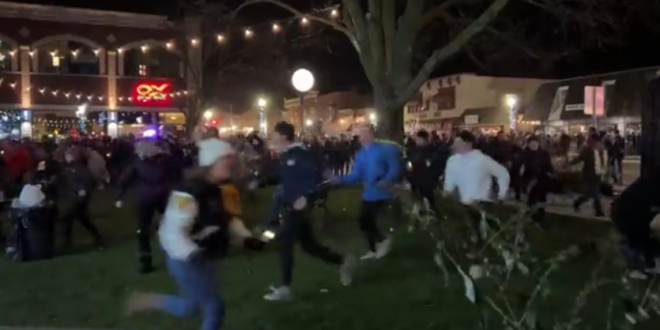 A vigil for victims of the recent shooting at Oxford High School descended into chaos Friday when an attendee fainted, leading to cries for help in the crowd—and then a wave of people scrambling at what they thought was fresh violence.

A reporter for Oakland County’s Local4 News captured hundreds of attendees running in various directions, indicating the ongoing tension in the Michigan community.

Police eventually managed to respond to the medical emergency and defuse the situation, allowing the vigil to continue, but many attendees had already left.

Terrifying moments at the Oxford Vigil when apparently someone fainted and it sparked fear as people started yelling for help— and then everyone ran. #Local4 pic.twitter.com/ci6STpHNNU

If you didn’t know how fragile this community was…
So many in tears and screaming for loved ones. Families huddling on the ground together. Deputies w/ weapons drawn.

To see everyone initially running like that was terrifying. I can’t imagine if I had a child with me.

Police who immediately knew this was a medical emergency were trying to calm people down but it took several minutes before the vigil resumed and many people just went home and many of them in tears. #Local4 pic.twitter.com/giGNE1loWd