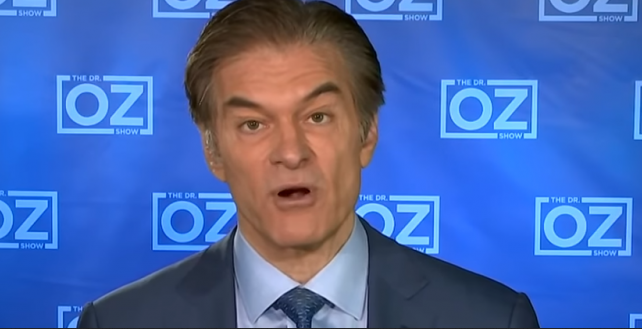 Dr. Oz To Oprah: Stay Away From My Senate Campaign

Dr. Oz asked his pal and fellow TV star Oprah Winfrey to stay out of the Pennsylvania Senate race where he is seeking the Republican nomination. “I asked her to stay out. Don’t support me because if you get involved in any way, you’ll get hurt and I don’t want my friends hurt,” Oz said.

Oz made the remarks during a meet and greet with Manhattan Republican grandees at Smith & Wollensky steakhouse in midtown on Dec 16. The confab attracted around 50 people and was hosted by billionaire John Catsimatidis and his wife Margo.

Read the full article. Catsimatidis is the billionaire grocery magnate and owner of NYC’s once-venerable WABC-AM, which now hosts daily shows from cultists like Rudy Giuliani, who was also in attendance at the above-cited event.

Dr. Oz tells Oprah to stay away from his Pennsylvania Senate race: ‘I don’t want my friends hurt’ https://t.co/ekf0ZDkDEF pic.twitter.com/rZDmp8uHpQ