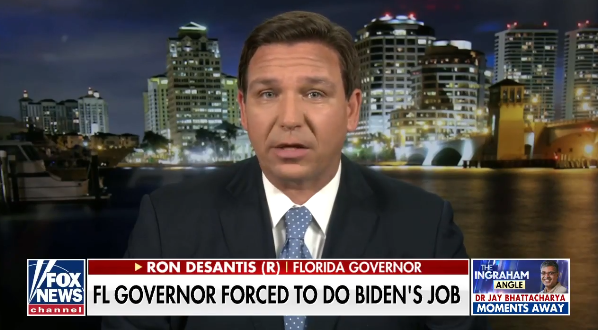 Gov. Ron DeSantis continued Monday to float ideas about where he might send undocumented immigrants if the federal government sent them to Florida. The Governor was on the Ingraham Angle Monday, again asserting the state’s position that they should be sent to other places.

DeSantis is putting his money where his mouth is: his proposed budget includes an $8 million allocation for relocating the undocumented. During the interview, DeSantis sounded as if the flights were still going on, even though he had said weeks back that the migrant flights had ceased.