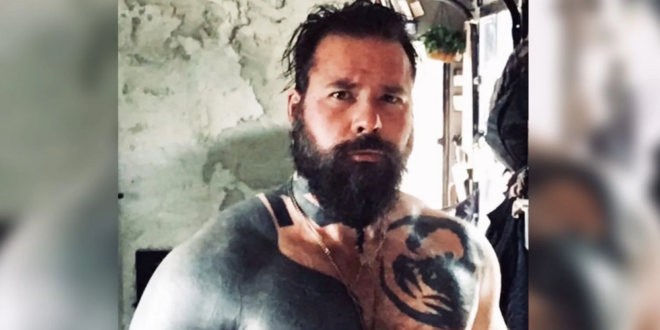 Investigators have identified the man who killed five people during a shooting spree in Denver and Lakewood Monday night. Lyndon McLeod, 47, was killed by police at the Belmar shopping center in Lakewood after he carried out shootings in at least six locations.

Denver Police Chief Paul Pazen said McLeod had been on law enforcement radar during two recent investigations, one in 2020 and another in 2021, but neither resulted in charges.

Three of the victims were at tattoo shops when they were killed. Alicia Cardenas and Alyssa Gunn-Maldonado were at Sol Tribe Tattoo and Piercing on Broadway in Denver, Danny Scofield was at Lucky 13 Tattoo on Kipling Street in Lakewood. Additionally, a woman working at the Hyatt House in Belmar was killed by McLeod inside the hotel.

All of the victims were known to Mcleod through personal or business relationships, police said at a press conference Tuesday evening. Lakewood police responded to a report of a shooting at about 6 p.m., said John Romero, the department’s public information officer.

The suspect shot and injured a Lakewood officer while fleeing the hotel, Romero said. The officer is in stable condition but will need to undergo more surgeries, police said. The suspect and officers then exchanged gunfire, and the suspect was shot and killed, Romero said.

The gunman accused of killing five people pledged “he would never go unarmed” as he posted several chilling red flags before his deadly rampage. McLeod, who reportedly also had several extremist views, published a three-book sci-fi series from 2018 to 2020 that appears to glorify violence.

Last year, the suspected gunman ranted about emasculated men. McLeod said: “Our entire society is made up of sh***y little f***s who insult badasses & get away with it because law enforcement & social norms protect the WEAK from the STRONG. I’m over it. The weak better buckle up… s**t is about to get real.”

The Denver mass shooter was a white supremacist and a misogynist obsessed with masculinity, oppressing women, defending the white race, and shooting communists. pic.twitter.com/ow5ZgiGxW2

Lyndon McLeod, who killed five people during a rampage in the Denver area, was an author dedicated to masculine supremacy and targeted violence against the “weak” https://t.co/BLv6WYAIJH

The suspect in a shooting spree in the Denver area, Lyndon McLeod, is also known under his pen name Roman McClay. A review of one of his books describes it as an “800 Page Alt-Right Rant” featuring murder fantasies. McClay’s Twitter page has featured violent language and imagery. https://t.co/3yEvGYJsRt pic.twitter.com/uqc1RnE6u9

2. The killer, Lyndon McLeod, wrote and self-published a series of books under the pen-name “Roman McClay,” according to Denver TV station KDVR. McLeod died in a shootout with police at the end of his killing spree. https://t.co/AskKy2oE3L

Lyndon McLeod, who murdered five people in a shooting spree **last night**, was a fan of far-right propagandist Andy Ngo.

McLeod replied to at least two of @MrAndyNgo‘s tweets, supporting violence against those Ngo labeled “anarchist antifa” for their nonviolent demonstration. pic.twitter.com/Y7KS32iYRp

Lyndon Mcleod appears to have affinity with the fascist pyramid scheme Wolves of Vinland / Operation Werewolf. He went on Jack Donovan’s podcast, posted a Paul Waggoner quote on IG, and titled a chapter “Wolves of Vinland” pic.twitter.com/5mGF3Rq4Jt