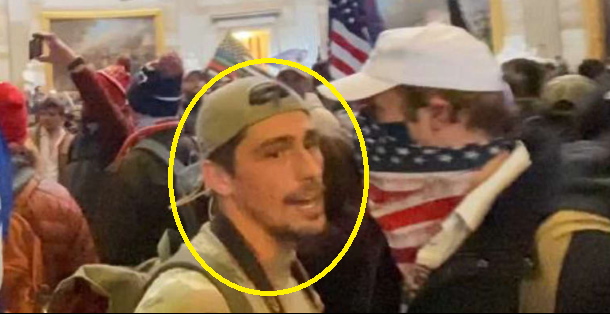 The Florida actor accused of yelling “Hey Nancy, go fuck yourself” after climbing a media tower outside the U.S. Capitol building on Jan. 6 has pleaded guilty to a misdemeanor.

Michael Carico, 33, pleaded guilty on Tuesday to one count of parading, demonstrating, or picketing in a Capitol building. He faces up to six months in prison and up to a $5,000 fine.

The complaint against Carico details his actions both inside and outside the Capitol. He is seen from multiple angles climbing a media tower located near the inauguration stage on the west side of the Capitol building.

Read the full article. Carico has a long string of TV and film credits, but there’s likely nothing you’ve ever heard of.

Another So Cal based insurrectionist was arrested today. Michael Aaron Carico. pic.twitter.com/QwW8he9CK5