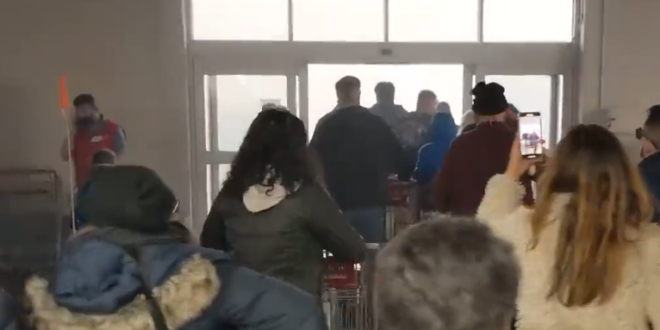 Customers rushed to evacuate a Costco retail store and a Chuck E Cheese restaurant in Superior, Colorado, on Thursday after a wildfire started spreading rapidly across the area due to gusty winds.

Thousands of people in Colorado have been evacuated as hundreds of homes were destroyed by wildfires that tore through parts of the state.

A video taken from inside the Chuck E Cheese outlet shared by Twitter user Jason Fletcher showed large patches of flames just a few metres away from the building. Parents were seen screaming inside the outlet as they tried to gather their children to leave the outlet.

Close up view of the Boulder County fire and reaction from inside the Chuck E. Cheese off Marshall Rd in Superior, CO with wind gusts of 110mph. pic.twitter.com/OkBUnl8E9c