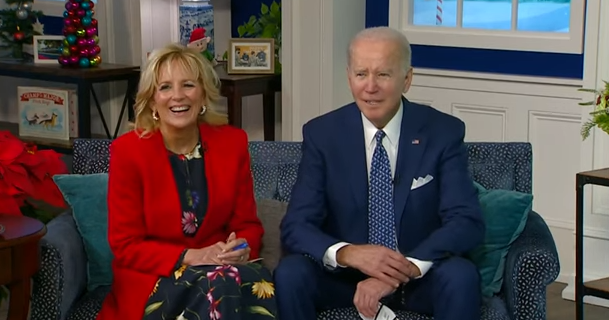 Cultist Who Trolled Biden Is Now Playing The Victim

A Central Point father of four who wished President Joe Biden and the first lady a wonderful Christmas and added “Let’s go, Brandon,” at the end of a live streamed Santa tracker call told The Oregonian/OregonLive that he didn’t intend his parting message to be vulgar.

“At the end of the day, I have nothing against Mr. Biden, but I am frustrated because I think he can be doing a better job,” said Jared Schmeck, 35, who works for an electric company and was previously a Medford police officer for six years until he resigned in July 2018. “I mean no disrespect to him.”

Schmeck said, “He seems likes he’s a cordial guy. There’s no animosity or anything like that. It was merely just an innocent jest to also express my God-given right to express my frustrations in a joking manner.

“Now I am being attacked for utilizing my freedom of speech,” Schmeck said. He added that he’s been receiving what reporter Maxine Bernstein identified as “vague but threatening phone calls.”

I told you the TikTok kids would find him.

“I am being attacked for utilizing my freedom of speech” for expressing “my frustrations in a joking manner,” complains Jared Schmeck, the #Oregon father of four who told @POTUS: ‘Let’s go Brandon.’ https://t.co/GOPb1OBtYW

The First Amendment protects the right to be free from censorship by the government.

It does not prevent anyone from being ostracized because they act like a dick. https://t.co/stqwVQKGQN

Joe and Jill Biden took calls from the NORAD Tracks Santa program and a dad ended the call by saying, “Merry Christmas, and let’s go Brandon.”